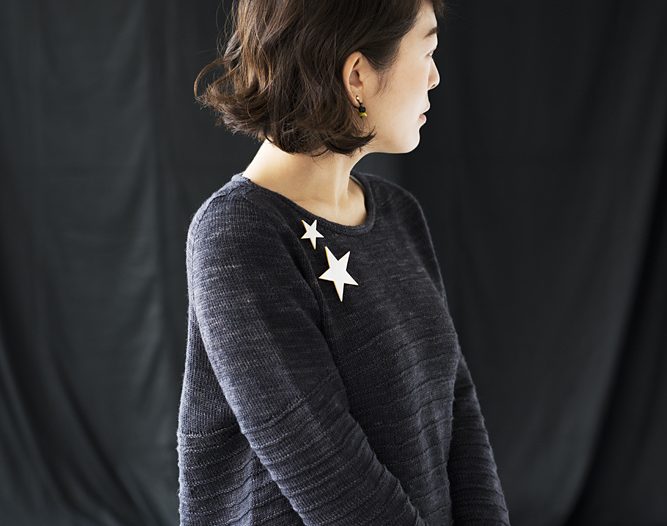 Issue 12 of amirisu magazine was published this weekend and I designed a pattern for it, Minamo! It’s an a-line shape pullover, with contiguous set-in sleeves and a lot of short-rows – with plenty of stockinette but definitely not a boring knit. As it’s knit top down, in the round and in one piece, there’s very little finishing involved.
For this pullover, I wanted to combine a geometric element with a more organic one – the parallel stripes playing with the flowing, irregularly shaped hem. Instead of having the stripes independent from what’s going on in the rest of the sweater, they follow the shapes of the sweater itself: dipping at the back along with the hem, and also following the shaping at the front. 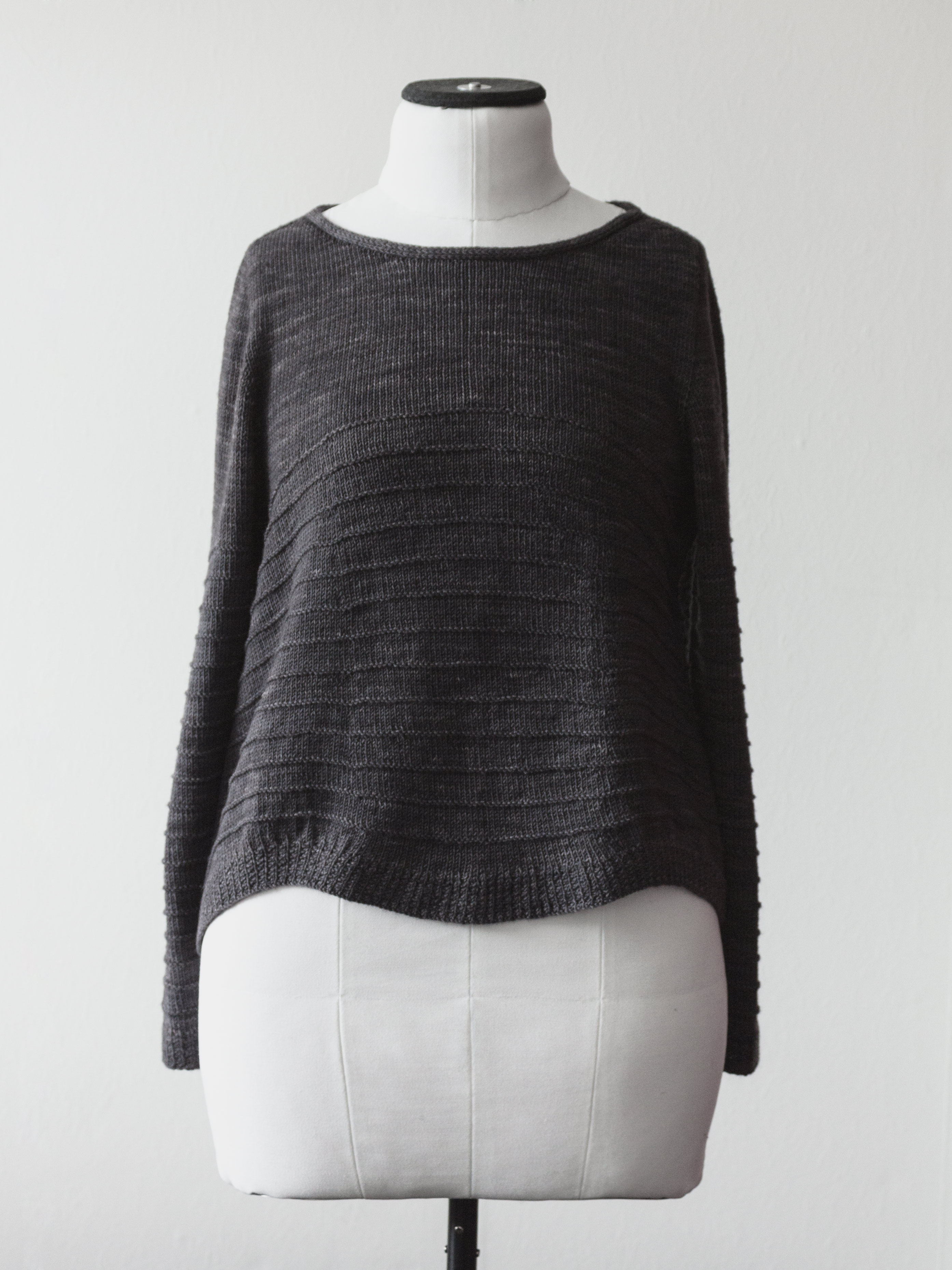 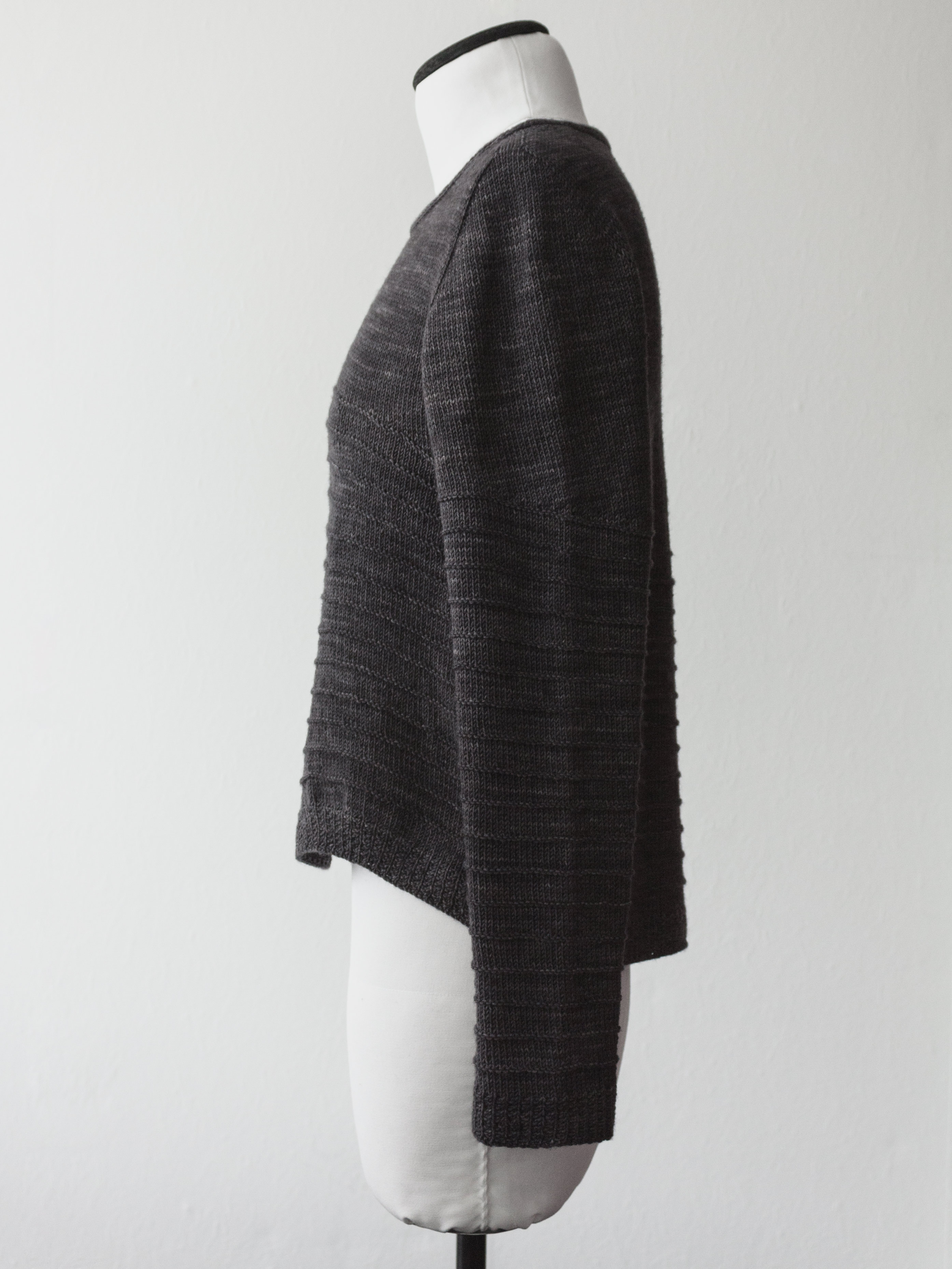 After shipping the sample off, I knit myself another one, this time in that dark green unravelled Colourmart yarn from my last post. The yarns are quite different – even though they’re both merino wool – so the finished pullovers look a little different too. My row gauge for the second one was off, which I figured would be fine as I’m a bit taller than the amirisu model. It does mean the armholes are a fair bit deeper too, and combined with the drapier fabric, the fit of this second version is more casual and relaxed. 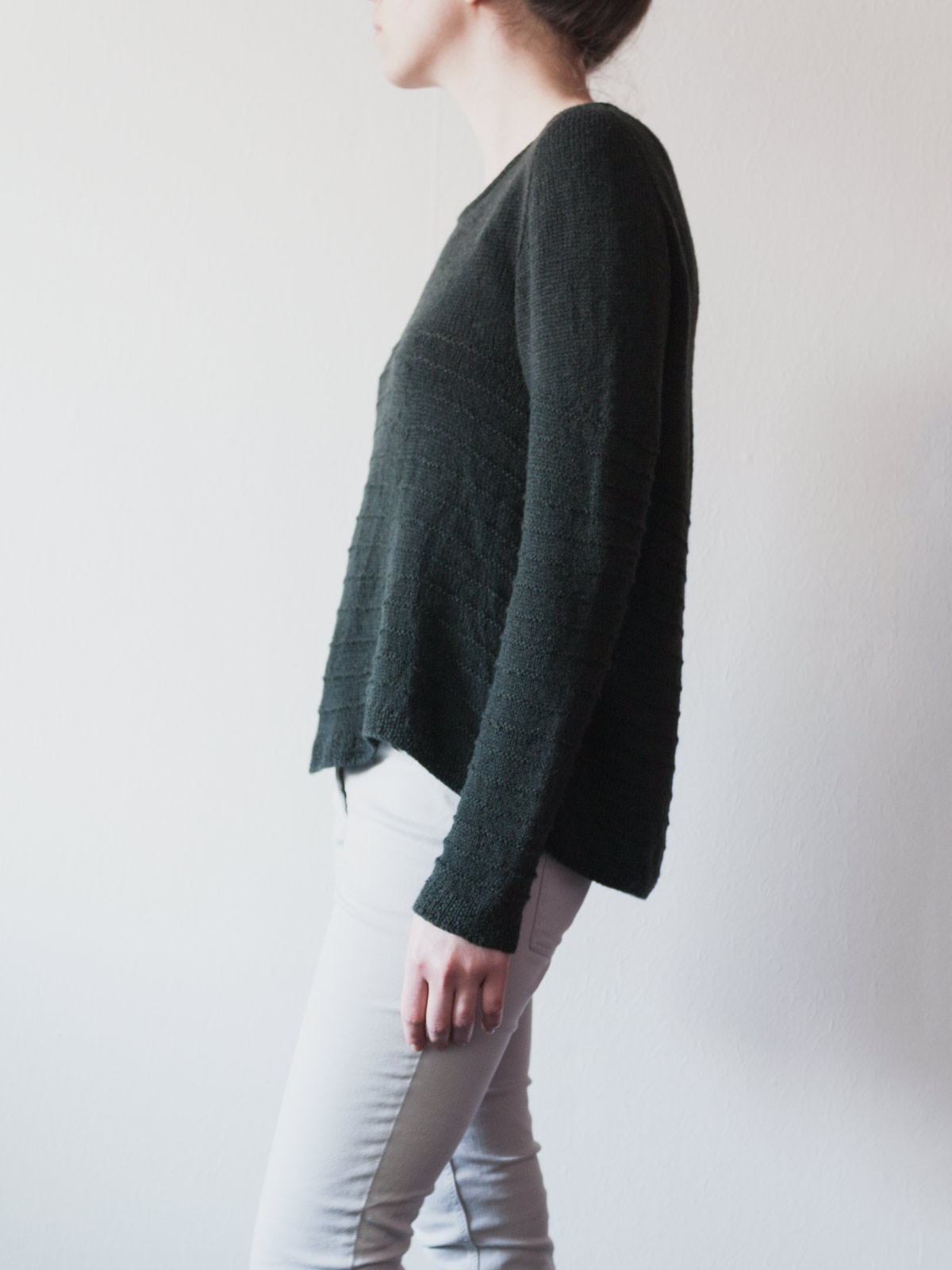 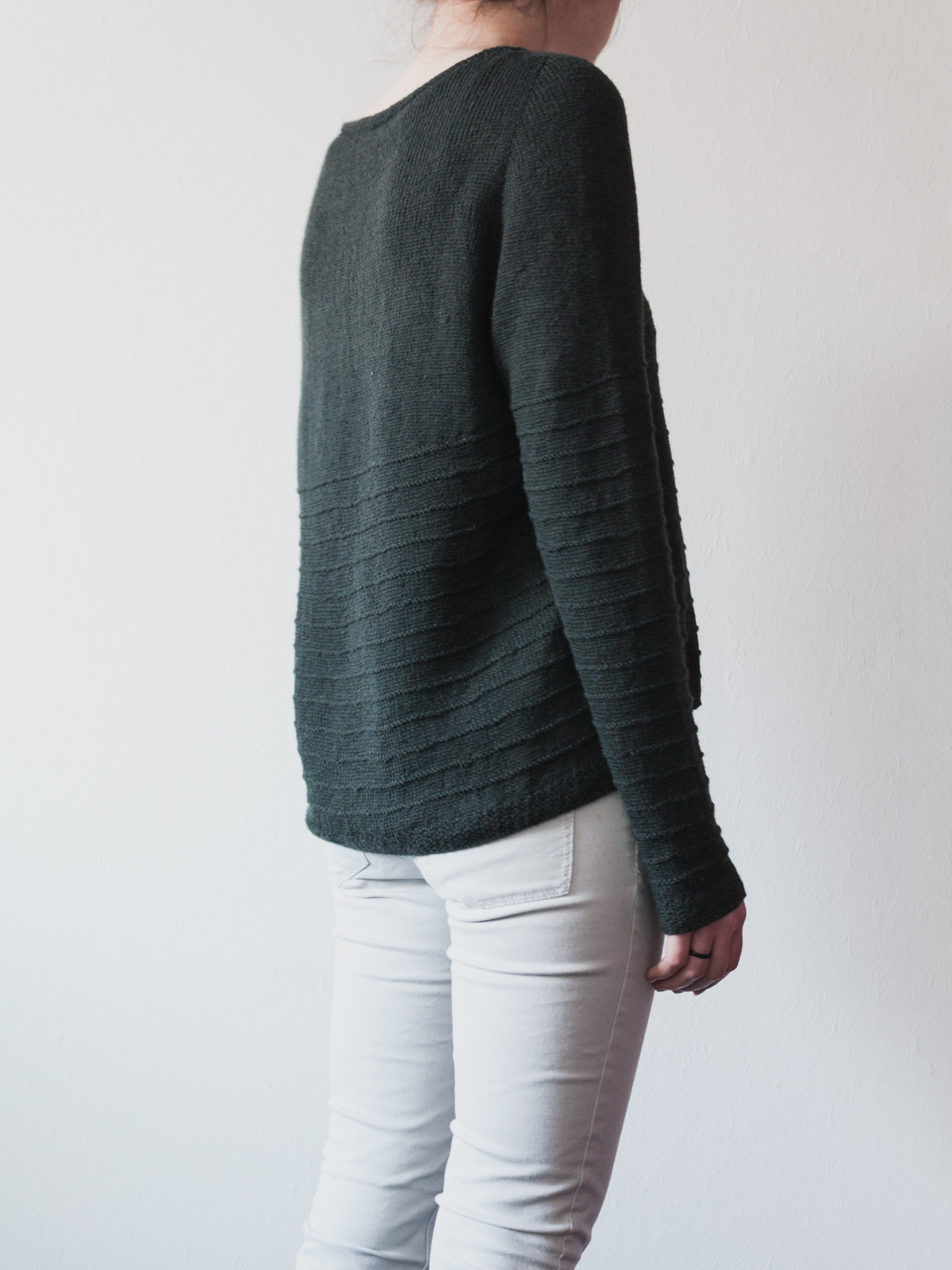